The two pictures below are of Cities at apposite ends of a short stretch of water called the Panama Canal. One city is Panama and the other is Colon. They are in the same country of Panama but they could not be any more different. One of these Cities houses a multitude of financial institutions specialising in Tax Avoidance and the other one doesn’t. Take a guess at which one is which. I suppose you could draw a parallel between say the City of London and Easterhouse

I visited Colon about three years ago whilst on a cruise, all passengers were advised that, whilst ashore and unless we were booked on an organised tour we should remain within the fenced off harbour area. I decided to walk into the town as is my normal pursuit when in these, shall we say less developed areas of the World. I could hardly believe my eyes at the abject poverty I witnessed, it was awful. Buildings, showing the signs of a colonial past were stripped bare of anything that could have been useful of valuable. There was not a single manhole cover on any of the footways as they had been taken for their metal value.

Whilst taking in these sights I was approached by four policemen on bicycles who asked me what I was doing there. I told them I was a passenger on the ship that had docked that morning and I was having a look around the City. They decided to accompany me, so I had an escort around the city for the rest of my time there and I must admit it was an unusual experience having traffic stopped to allow me to cross the roads. I did however witness untold poverty.

The other photo is of Panama City, so what is the difference? Well the difference is that in Panama City there is a huge traffic in money, yes Panama City is what is normally called an off shore tax haven. It is where people, corporations and even heads of Government set up company head offices and theoretically trade through them in order to avoid paying the tax in the countries in which they actually do their business. It is where, for instance David Cameron’s Father set up a unit trust fund , the purpose of which was to supposedly trade in currencies, the effect was to avoid paying the tax which would have fallen due had he set this fund up in the UK.

So, what, you might ask, what is the Panamanian government doing wrong, and the answer is, more than likely, nothing, because the companies based there are probably in the main conforming to Panamanian and international law and that is that they are offering a very low or nil rate of tax on investments. Together with a high degree of secrecy.

Ok so what’s the problem? Well the problem is that countries like the UK are governed by people who govern, not in the people’s interest, but in their own and their likes, interest and the government of the UK make it legal for companies to trade in the UK and then by devious ( but not illegal) means, move the profit base to a various offshore accounts where they are then taxed at the local rate. This of course means that the country in which the company actually generated the profit is deprived of the tax on the profit actually made.

So what can be done about this? Well actually it is pretty simple. All countries can pass laws that make it mandatory that tax is played on trading profit, with a reasonable allowance for expenses and depreciation of capital expenditure, but all within the trading account of the activities carried out within the borders and tax regime of that country and tax would be apportioned and paid on that basis.  It would of course be up to the individual company/individual to do what they wished with the net profit. So in other words, if it is made here, it is taxed here, dead simple.

Panama was once called Darien, in fact there is still a province of Panama with that name. Darien was the name given to a colony founded by Scots around about 1689. One of the main figures in that venture was a guy called William Patterson who as it happens was also instrumental in forming the Bank of England. The story of what became known as the Darien adventure is too complicated to recount here, but suffice it to say that most of the wealth of Scotland was invested in this venture which was to form a trading route across that narrow neck of land which is now the Panama Canal. This venture was thwarted by the English and the Spanish and as a result the venture failed. It was because of this that the now impoverished nobility of Scotland agreed to the Union between Britain (England and Wales) and Scotland ,which took place in 1707 forming Great Britain.

Now the “establishment “is in serious trouble because of the release of what is being called the panama papers centring around one particular firm of lawyers in Panama who “facilitated” many of these offshore transactions. I would like to think that we are witnessing the demise of the UK through their improper imposition of “establishment” biased laws with regards to tax evasion.

Wouldn’t it be ironic and a twist of fate if we were to become once more responsible for our own destiny through a reversal of something that happened 300 years ago? 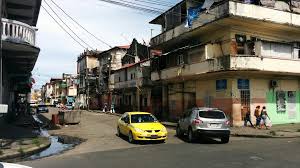 One thought on “The Darien adventure mark 2”