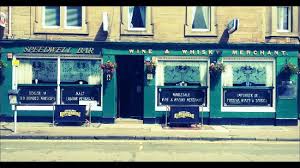 Well here we are in the first week of the new year, and what a year it promises to be, with Brexit only 85 Days away, an incompetent government at the wheel in the UK, an unstable president in the US, and a party of independence in Scotland who are lost somewhere along the road to independence. What could possibly go wrong this year? Oh, and before I forget, happy New Year.

So, let’s start with oor Donald., and when I call him oor Donald, I do so because of two things, firstly he is Scottish by ancestry, as his Mother came from a small village near Stornoway on Lewis. Secondly, because, regardless of how you loathe or love the Man, his decisions as President of the most powerful country on the Planet, affect all of us, every day of our lives.   Donald is an enigma, on the lower end of the scale of enigmas. He makes decisions that are illogical, bazar and sometimes actually sensible. Let me start with the sensible ones as they are fewer of them. I class his decision to withdraw troops from Syria, as a sensible decision, firstly because they should never have been there in the first place as they were never invited by the legitimate government of Syria, making their presence there a terrorist operation. He has backtracked slightly on this by extending the timescale from a matter of weeks to several Months, quite possibly because someone told him that by leaving, he would be stuffing the Kurds in favour of the Turks. The Kurds themselves have slightly ameliorated this situation by inviting the Syrian Army to take over the town of Manbij which they themselves liberated from the Israeli and US financed, terrorist group, ISIS. The US has been playing a double game here, but that was too complicated for Donald to work out.

On the illogical to bazar decisions Donald makes, his press conference yesterday after his meeting with Nancy Pelosi and her Democrat committee, was a classic. I found it difficult to believe I was listening to the president of America, who started off by telling the World how great he was. This took up most of his speech which was to have been about his meeting with the Democrats regarding opening up the government, and his obsession with his wall along the Mexican border. The wall, you will remember that he was going to get the Mexican Government to pay for.

Well I do not think I have heard such a rambled, and at times incoherent diatribe from a politician for a considerable time. The only thing I could take from it was that instead of a wall he seems now to be speaking about a steel fence. There was no agreement from the Democrats (who now control the Senate) so therefore he continues with the government shut down, leaving millions of government employees without pay and even more millions of Americans without services. A terrible situation to allow a country to endure because of a silly vanity project.

So, elsewhere and we come once again to Brexit and the New year sees Theresa may scuttling around EU leaders with her begging bowl, desperately trying to get “clarification” of the backstop arrangements for the border between the EU and the UK which just happens to be in Northern Ireland. This before parliament debates the EU agreement on the 14th of January. What an utter mess this government have gotten the UK into.
To add to the black comedy that is Brexit we have the Tory government awarding a £14 million contract to provide ferries to the EU, to a company who have never traded, run by a guy whose last company folded owing millions of pounds to creditors. A company who do not have a rowing boat never mind a fleet of Ferries, and whose attempts at even producing a set of conditions of trading was hilariously copied from an internet fast food delivery company. So presumably, once they are in operation you will be able to phone them up for, two tickets for the ferry from Ramsgate to Ostend, two large pizzas and a large bottle of coke. As if that was not bad enough, another part of their terms was taken from a jeweller’s web site and part of another section in their terms was in Latin. One thing that was apparent is that the present board of Seabourn are big donors to the Tory party. Honestly this government are going from one disaster to another. When will someone put them out of their misery?

This neatly brings me to the state of the independence movement under the auspices of the SNP. We have a situation where there is a government in Westminster barely capable of governing. We have a situation where we are about to be driven over the edge of a cliff called Brexit, like a suicide of Lemmings, a Brexit Scotland voted against and we have the so-called party of independence, the SNP, caught like a rabbit in a car’s headlights with no apparent pan to extricate us from this cesspit of inanity and incompetence. Instead we have the leader of the SNP attempting to save the Union. There was a poll done recently that showed that in the event of a snap General Election the SNP could gain 14 seats (some of the ones they lost in the last general Election) and this could give them the balance of power. Many people see this as a way to force the government (presumably labour) to agree to a section 30 to allow an independence referendum. I honestly feel that although the SNP have put us in the position of being ill prepared for another referendum or contest for independence, they should simply go for the GE on a single-issue manifesto, that of independence, with the intention to declare independence in the event of a Scottish majority of Westminster MP’s.

I do not think they will do that, and instead will use the increase of SNP Westminster MP’s to assist the UK back on its feet after Brexit.

So enough of politics, it is Saturday night and time for a pint in my favourite hostelry Mennies. The proper name of the pub is the Speedwell Tavern, it is called Mennies after one of the previous owners Mrs Mennie who ran a tight ship. Her claim to fame was one night after performing in a concert in the Caird Hall here in Dundee, the Rolling Stones paid a visit to the Pub. They became rather rowdy and were asked to leave by Mrs Mennie.

A wee dity I penned as part of my speech at my daughter Laura’s wedding.

You will climb the wall to look over and see that the grass is greener on the other side.

If you do, then remember this

The most important thing you can take with you is the ladder.

I wish my friends the World over a great Saturday evening and a good weekend.