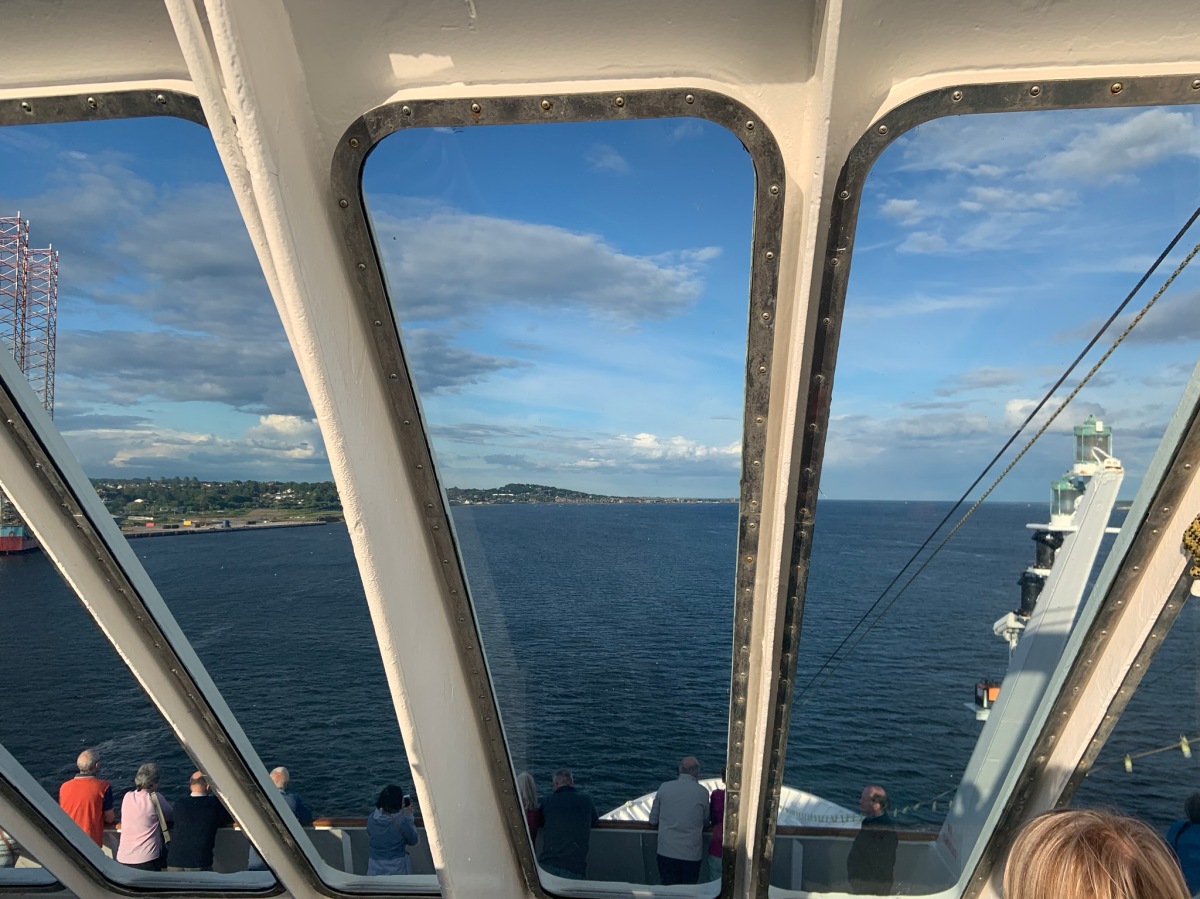 Well here I am once more bobbing up and down on the sea heading on a North West bearing in the North Atlantic, heading for the Faroe Islands.

This is day two on a 13-night cruise with Cruise Maritime on the Magellan. Yes, some of you might recognize the ship name and recall that I cruised once before on this ship, about three years ago, relating a far from pleasant experience in the process. So, why might you ask am I on this ship again? Hmm, well the answer is, firstly, the itinerary, secondly the fact that I am a firm believer that most businesses work on the principal that they learn from their mistakes and improve as time goes on, thirdly, masochism seems to be one of my traits.

So my first day( yesterday) started at a leisurely pace with a taxi from home to Dundee docks, a 10 minute drive, great, compared to the usual overnight in Edinburgh followed by a full day traveling across to somewhere like Fort Lauderdale with another one or two nights there before embarking on a cruise. Huge saving in both time and cost, although I must admit the travel experience itself is generally rewarding. Arriving at the “cruise terminal” just before 16.00. Now when I say Cruise terminal, I should explain that as far as Dundee is concerned it is several marquees strung together resembling a refugee processing station. I could not help but cast my mind back to when I was a director in the Dundee and Angus Tourist Board and made the case that Dundee could be a prominent cruise terminal with its natural deep water port and advantages position on the East coast, advocating a purpose built terminal. Well here we are some twenty-five years later and we have aspired to a tent to welcome visitors to Dundee, a situation that is put to shame by the small Banana Republics of the Caribbean.

So boarding was completed with a reasonable amount of Cruise Maritime-esq confusion and I was pleased to find the Cabin ready for occupancy. Few teething problems like a strange smell in the cabin, a safe that was inoperable, a light switch that fell off the wall when I tried to switch a light on and air conditioning that was not working. After a quick inspection under the bed to make sure a previous guest had not died causing the bad odor, I phoned reception to get the faults attended to.

So, to Dinner, where I was allocated a table with two other guys from South of the border who resembled Laurel and Hardy, if you remove the humor element of that pair. I tried to converse but to no avail, so after the first 5 minutes I gave up and let them sleep. I was sitting there contemplating the next few nights at dinner with these bundles of fun when I felt a hand on my shoulder and turned to see the Cavalry had arrived in the form of David Morrison, a good friend and fellow independence supporter who was on the cruise with his lovely wife and her sister. Saved, and met up with them later once I has safely seen laurel and Hardy deposited in the morgue.

So a very pleasant evening after all, with the Morrisons, good conversation and of course a few pints of beer.

So on to the “Late night Disco” to be entertained by “our resident DJ, Eric “which opens at 11.15 and by the looks of things closes at around Midnight with “Eric” no where to be seen. I went in there at about 11,50 and thought I had wandered into the wrong place as there was not a lot of people there and not even one on the dance floor. So, I thought, “well I am early, probably liven up later “and ordered a pint. The waiter offered to bring it over to me and indicated the tables around the dance floor. I told him that I would sit at the bar whereby he tried to guide me towards the tables by putting his hand on my shoulder. I advised him not to do that and made it plain that I was very capable of sitting where I wished. It turned out that they were trying to dissuade people from using the disco so that they could get finished early and get cleaned up and I was moped around where I was sitting in a very deliberate attempt to make it plain that it was time to go to bed. Absolutely unbelievable.

The ship is generally in not too bad condition, it is an ex-Carnival ship made plain by the very distinctive winged funnel. The corridors are nice and wide, and the décor is of a reasonable standard. There is a problem in the Bistro dining room, which is the buffet area, as it is far too small for the ships compliment and very difficult to get a seat at mealtimes. The food quality is again reasonable if not top class.

I had a call from reception asking if the smell was still there and I confirmed it was, so they sent an attendant who said he couldn’t smell anything, but he had a cold. I suggested they send someone who did not have a cold.

So formal night tonight and I have just discovered that I have not brought any dress shirts with me so I will be kilt less tonight, I will however wear some trousers.

Found a shirt that would do, so went to dinner resplendent in national dress, joining the Morrisons at their table as I did not relish another encounter with Laurel and Hardy ‘ Nice dinner and good company. After which the ladies retired to their rooms leaving David and I in the bar recounting our various business activities and experiences over the years, with of course a lengthy discussion of where we are in the fight for independence, all washed down with several pints of beer.

Overall a good day and onward to the Faroe islands tomorrow.