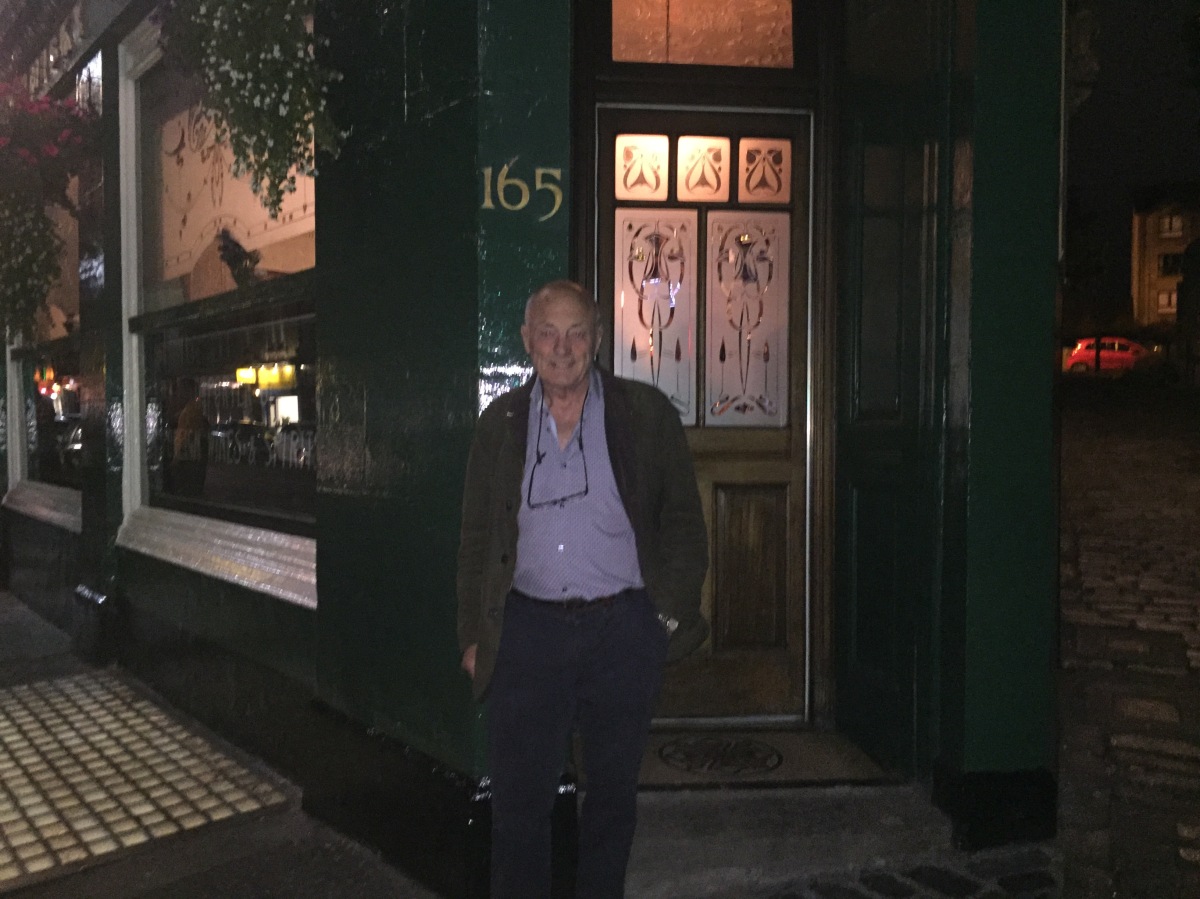 Well here we are two weeks into the partial lockdown and instead of these musings coming from Mennies they are again coming from a bunker, somewhere in the West end of Dundee. I say two weeks into the lockdown, but I should be saying 6 weeks as that is what it should have been if Johnston and Sturgeon had simply looked at the massive amount of evidence available from all over the world.

This epidemic started in China in mid-December and from there, speedily spread to many countries. The Chinese and other Asian countries had a pretty quick learning curve and managed to get the epidemic under reasonable control by instituting pretty stringent protocols , such as mass testing, wearing masks and very importantly, population  isolation.

It took the UK government and by default the Scottish government two and a half months to get it into their heads that there was a problem. Now we are at the 4th April and we have only had a partial lockdown for the last two weeks., This is monumental incompetence and only a few weeks ago the joint policy was this crazy heard immunity theory, which would have and indeed will mean that many thousands of people will unnecessarily die. Yes, that is an indisputable fact. Boris Johnson and Nicola Sturgeon, by a combination of ineptitude and idiotic policy, are responsible for innumerable deaths. Once this is over there must be a reckoning.

I watch these government briefings every day and I never cease to be amazed at just how much dis-information is spewed out each and every day. The health secretary Mat Hancock’s delivery is more akin to Hancock’s half hour, which for the younger among you was a television comedy series in the sixties featuring Tony Hancock. The difference between Tony and Mat is that Tony was a good comedian.

There have been various initiatives to help businesses through this emergency however this “aid” has been somewhat unevenly distributed as only £90 million has been set aside for small businesses whereas more than 1.9 billion is going to large corporate entities. You know, the kind of companies who donate to the Tory party. Same as the two companies who the Tory government have “engaged with” to produce ventilators, Dyson (vacuum cleaners) and JCB (construction equipment) This instead of accepting the offers from companies who presently make the bloody things. Something else to be investigated when the time is right.

This brings me to Donald Trump, who is another comedian, again a very back comedian. I do not think I have ever seen such an incompetent leader and figure of derision since the days of Idi Amin. Both have been responsible for the deaths of many thousands of their own populations. I have just watched Trump advising the country that the up to date medical advice, is to wear a mask then in the same breath emphasizing that is voluntary, and stating quite vociferously that he won’t be wearing one. People of the US, this is your leader.

Two weeks ago, Alex Salmond was found not guilty on trumped up charges of sexual assault and attempted rape. Now Alex Salmond represents a threat to the present situation of Scotland being trapped into a union which has been found to be grossly against Scotland’s interests. He was found not guilty on the basis that the 9 Women who have filed charges against him were mainly lying  and were part of a conspiracy, set up by some of the group who have very strong links to the leadership of the SNP. Now if it were not for the fact that these women had been given a court order of anonymity, it would have been patently obvious just how far up the line to the SNP leadership this conspiracy went. These Women (who were supposed to be anonymous to every one including one another ) somehow managed to get together to put a story in the National newspaper, basically making it plain that they did not believe the court decision., This was eagerly embraced by the mainly unionist press who piled on with their agreement that the court decision had been wrong. So, all week there has been the most ridiculous debate regarding a man who was obviously the victim of a huge SNP leadership led conspiracy.

This of course all took place within the unionist and SNP leadership (one and the other) bubble and ordinary Scots were bemused at this attempt to set aside a decision of the highest court in the land. ( as an aside, I put up a tweet the other day bringing into question the fact that as this anonymity court order included everyone in the country including the 9 women, then how did they manage to get together for the article in the National. The tweet received almost 77,000 impressions with virtually no adverse comments and a huge amount of support from women)

Now, the true story of this will only come out when these awful women are exposed and unfortunately, they are inexplicably protected by the contempt of court restriction which is in place. In this respect and taking into consideration the present pandemic situation and the fact that I know the names and positions of the main women involved in this. If by chance I fall fowl of this virus and it looks like it is not going well for me, then I intend exposing these awful women and let the courts take out a contempt of court action against a corpse.

Ok so back to the lockdown. It is strange that here I am at home when normally on a Saturday at this time I would in all probability be sitting somewhere having a nice coffee and contemplating what I might write in my wee blog. I still get all the correspondence and messages from friends all over the world and I appreciate it, I am sure the same applies to everyone else. The difference is of course that if I was sitting in the coffee shop and thinking of these friends, I could if I wish, go visit them. At this present time, I cannot do that. When this is all over, I intend rectifying this and it would be nice to think that perhaps everyone will take this opportunity to look at the important things in life, like friendship.

So, drop a wee message to that friend you met all those years ago or the friend you made a few weeks ago. Ask how they are and ask if there is anything you can do for them. We will get through this, lets hope that everyone keeps safe, and remember self-isolation is, at the moment, the best way of keeping well.

Take care all, and stay lucky

Any destination starts with a dream, then begins the journey, it is how you conduct the journey that determines the reward at the final destination. Treasure every day of the journey because it will never come again but join us on the road to independence.

For this is our children and their children’s road.

This is our journey.

2 thoughts on “The World this week from Mennies”