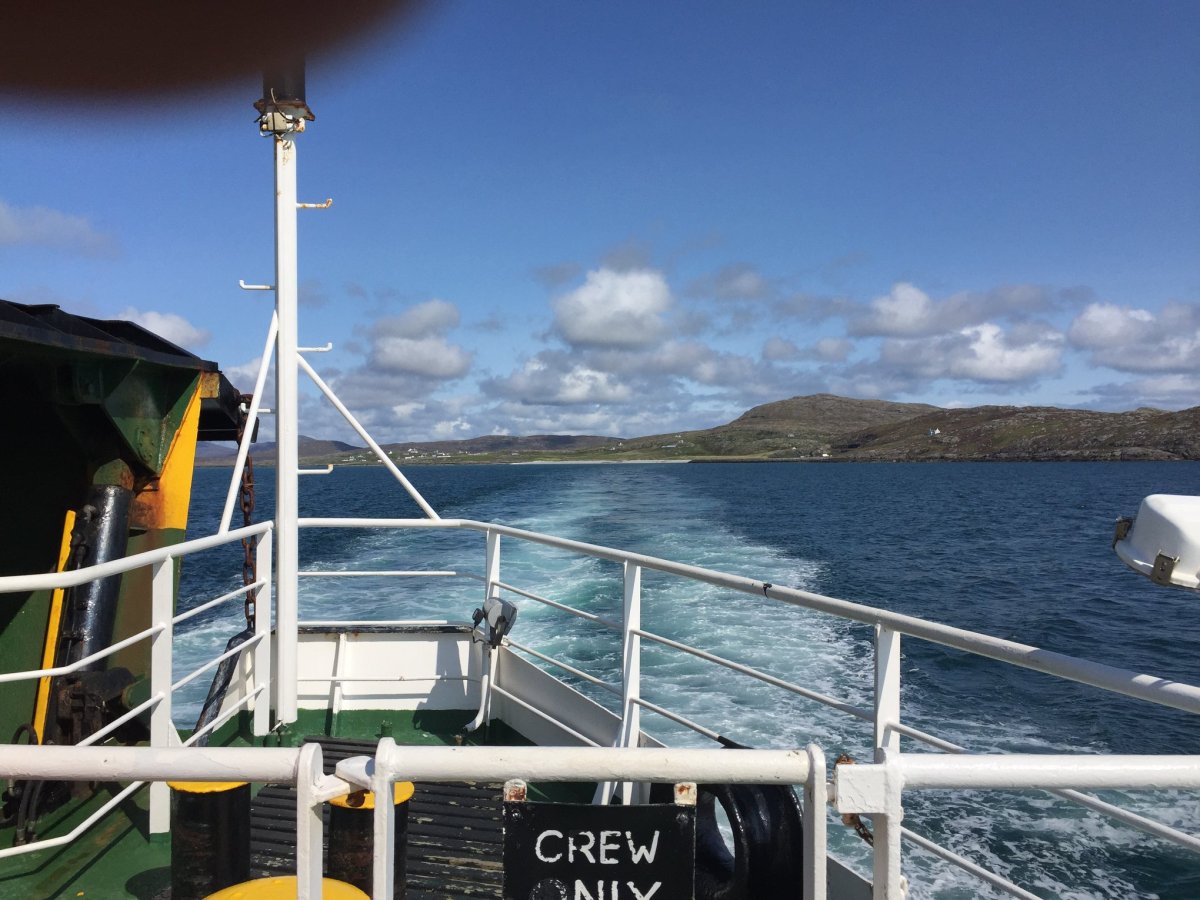 Trip to the Outer Hebrides October 2018

Day 2, trip to the Hebrides.

Pleasant surprise when I woke this morning to see that the wind had dropped, and the rain had stopped. Nice to walk down to the harbour in Portree and watch the Sun trying to break through the low cloud base. Nice walk along the harbor

A nice breakfast and then on the road heading to Uig and hopefully the ferry but ever watchful of the weather front, once more coming in from the Minch with rain blowing through and ever aware of the change in Ferries necessitated by Laura’s abject failure to book the proper ones (she being a woman of course blamed me)

So, with the weather once again changing we stopped at the fairy Glen, beautiful and mysterious place dedicated to the fairies embedded in Scottish folklore. The old Scots word for Fairies (the mysterious people) is the Shee, prominent in many Scottish place names like Glenshee, the glen of the Fairies.

The rain starting to be persistent we explored the glen and climbed to the top of the most prominent feature, Paddy being difficult to keep under control on the precipitous climb and even more difficult decent. On the way down a fairy did indeed appear (see photo below).

I remember, visiting the Fairy Glen with the production crew of the film Brave and it indeed did leave its mark on them. The film was the idea of Brenda Chapmen who directed it together with Mark Andrews and they were both on the trip around Scotland to research the film plot. I had the most wonderful 15 days with that group of extremely talented individuals, together with my good friend Ian Stewart taking them around Scotland and the islands researching the film and assisting them with the history of the period, the culture and the humour of the Scottish people.

Some years later I had the pleasure to be a guest at the premier of the film in Edinburgh and took my daughter Laura, it was something special to actually recognise my humour in the film and extra special to see my name in the credits (all be it at the very end )
A few days after the premier I took Brenda and her daughter Emma, on a trip around Scotland visiting some of the places depicted in the film and we spent a very pleasant few hours on a gloriously sunny day in the Fairy glen. The film was all about the relationship between a Mother and Daughter and I remember Brenda telling me that she had in fact based the story on her own relationship with Emma, so it was indeed a special trip.

I write this on the ferry from Uig to Tarbert on Harris then there is a drive to Leverborgh , hopefully to get another Ferry to Bernery at North Uist, then a drive down North Uist Benbecula and South Uist to Lochboisdale and the hotel for tonight ( hopefully).

Well, here we are at the Lochboisdale Hotel after quite a day traveling and two ferries later, together with a drive in the dark from Bernary to Lochboisdale, quite a day and Paddy is tired, poor wee thing.

So, a few photos of today’s travels, including the fairy, you will notice that she is a very well-endowed fairy and I am not sure, but I have the feeling she was being photographed for some rather adult, publication or film.

Day two in, and hopefully and more relaxed day tomorrow when we take a ferry from Eriskay to Barra, the jewel in the crown of the Hebrides. So, a couple of pints of Guinness after dinner tonight, looking forward to the trip to Bara tomorrow.